Malcolm Gladwell once wrote in his book, The Tipping Point that if a person practices anything for at least 10,000 hours, he/she will be really really good at that chosen activity. The late K. Patthabi Jois, the founder and father of Ashtanga Yoga was adored by many of his students and one of his famous advice to them was to “practice, and all is coming”.

I’m not sure if the 2 men ever had the chance to meet each other before K. Pattabhi Jois moved on from this world in 2009. But I was reminded again of this when Karen repeated it a number of times throughout our anatomy module. Practice, and all is coming. 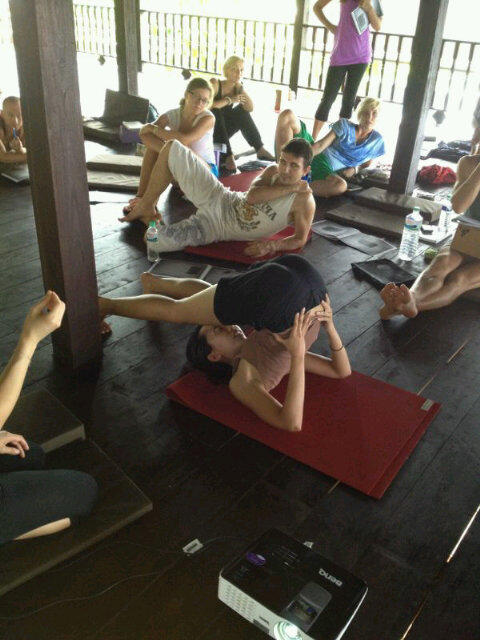 In the past entries I had wrote about my perceived expectations of me, as a good yoga teacher and my current limitations in certain poses. I had a chat with Kosta last night after evening practice, at first to check with him if the ache in my wrist is an ‘injury’ or a ‘creative discomfort’ and to subsequently share with him my current feelings of my future practice given my limitations, and now the added temporary limitation from my left wrist.

Perhaps it was coincidence, perhaps even more importantly it was a message from up above to affirm that I will be ok, my practice will be ok, and my teaching will be ok. Because earlier in the evening we were split into groups of 3-4 with one person leading the ‘mini’ class for a 45 minutes practice. I volunteered to go first, with only a very vague memory of teaching Chandra the Vikasa salutation the previous day. The rest I figured, I will wing it through memory.

We had Ram, our philosophy teacher in our group and somehow when I began the practice with the usual Vikasa shoulder rotations, everything else fell away. My worries dropped off my mind like those brown, dried leaves in autumn. My focus was on the 3 people in front of me, and how best to deliver what I know of yoga asanas at that very moment. There were moments I noticed either George or Kosta casually hanging by the side taking down notes for feedback but for the most part the 40 minutes that ensued flew faster than I thought it would and before I could start thinking of the next move, an announcement for the final 5 minutes was made. Talk about being lost in the moment!

The general comments surprised me especially when Ram said that he liked the flow of my asanas (whoa!), and the biggest thing I needed to watch out for was to speak up a little more as my voice was drowned by the other YITs leading their own group. Kosta mentioned that he could see potential in me and later in the evening during our one-to-one chat he mentioned again that he feels I could be ready to teach my first beginner’s class soon after graduation (double whoa!). I have had many many breakthroughs since this TTC journey started, but at that moment, that was a breakthrough for me in terms of my teaching plans. It was as if this was an affirmation that I am on the right path. I asked him about his experience during his initial years of teaching, and I was grateful for his honesty, frankness and logic behind the decisions he had made.

Most importantly though, he reminded me that difficult poses are not impossible, neither will it come overnight.

Practice, and all is coming. 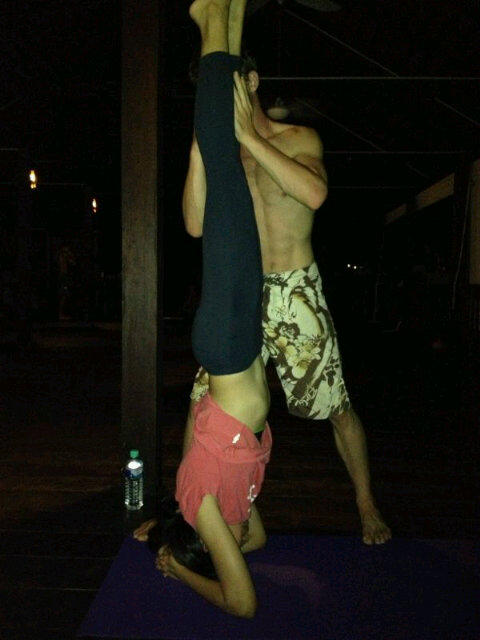